Listen to the Event Speakers

Dr. Janethy Balakrishnan is the Founder and President of the Association of Integrative Medicine, a medical professional organisation which comprises of both allopathic and non-allopathic medical practitioners, scientists and also the community. She believes in empowering her patients through participatory medicine, because health is a basic human right and is everyone's responsibility. Healthcare should not be just delivered but greatly encouraged by well-informed self-care.

Dr. Janethy evolved in her clinical practice and research for almost 30 years in various medical disciplines.Her first post graduate was a Masters in Health Care Management in 2000.

In 2005, Dr. Janethy was one of the pioneers to be Board certified in Anti-Aging medicine (USA) in the region.She then obtained a fellowship in Aesthetic Medicine plus being a Master Trainer, she had certified physicians in Aesthetic Medicine. She is also a Certified Nutrition Specialist by CBNS, USA in 2006.She was also trained in stem cell therapy in Germany from 2009 to 2014.

In 2019, she obtained an advanced Diploma in Aromatherapy and also in Medical Cannabis and CBD oil as to be fully certified in the field of Integrative Medicine.

She served as a senior oral board examiner for American Academy of Anti-Aging and Regenerative Medicine (ABAARM) in USA, Dubai and A5M in Australia between 2006-2010.She has lectured in over 40 international conferences and is also a keynote speaker.

Dr Janethy sits on the International Scientific Advisory Board of Euromedicom, Anti-aging Medicine World Congress and is also a member of the Editorial Board of Prime Journal, UK, Informa Healthcare.

For the past 15 years, she served as chairman of the scientific organising committees of International Medical conferences.

Founder and CEO of SRIM

Founder and CEO of SRIM

Nils Bokström is a Swedish biologist and researcher. He holds a masters degree in biology and mathematics.

He is the founder and CEO of SRIM (Swedish Institute of Regenerative Medicine). Mr Bokström lectures internationally on nutrition and is a proponent of H.I.T the high intensity training
program mentored by Drew Baye.

He is a frequent speaker at seminars and conferences focusing on innovative nutrition for optimal physical and mental health.

Nils is the founding CEO of EBC Sverige AB, Sweden & EBC Sverige Sdn Bhd Malaysia and also the founder of Integrative Conferences PLT. With his wife Dr Janethy Balakrishnan, Nils advises patients on the cutting-edge aspects of nutrition and advises on high intensity training in the respect of delivering contemporary healthcare.

He also holds a diploma in medical cannabis. Focused on innovation, Nils seeks to raise public awareness of health issues related to nutrition and lifestyle.

Upon completing his medical training, he has worked as a physician, clinic and hospital director, director of the communicable disease division/epidemiology and immunization departments.Presently, Dr. Rosado is the Medical Director of a medical cannabis clinic in Ormond Beach, FL, the president and CEO of International Medical Consultants, the chief medical officer for Minorities 4 Medical Marijuana and International Cannabis Solutions USA.

As an advocate, he was and is on the bureau of speakers for political campaigns and medical cannabis dispensaries/licensed producers.

As a speaker/educator, he’s spoken throughout the United States and Canada, Mexico, Colombia, Costa Rica, Thailand, Italy and Japan and interviewed by local affiliates of ABC, CBS, NBC, FOX, Univision, Telemundo and NPR, Caracol Miami and Medellin and Leafly.com.

And as an author he has published multiple articles in refereed medical journals, written the bestselling book “Hope and Healing-A Case for Medical Cannabis” and quoted in Rolling Stone magazine.

Join The Event Why attend 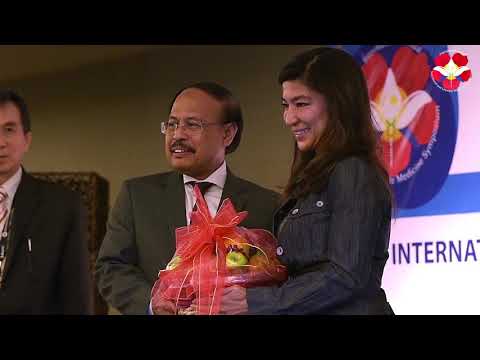 There will be well renowned international and local speakers that will convey effective health solutions.

For Doctors and other medical professionals, scientists, industry stakeholders of both healthcare and wellness including members of the public will be present.

We expect 300 delegates with a similar mindset regarding health and wellness to participate and network.

When local and international experts get together to share new ideas and experiences, true changes are bound to happen.

Pricing Plans Get your Ticket